The Bill & Melinda Gates Foundation this month committed $1.5 billion over the next five years to support programs that will work to improve maternal and child health, family planning and nutrition in developing countries. 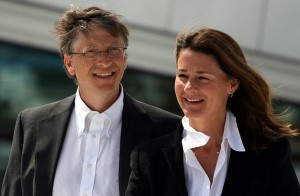 Melinda Gates announced the  plan on Monday at Women Deliver 2010, a gathering of world experts, advocates and policy makers in Washington D.C.

“In poor countries, pregnancy and childbirth often end in tragedy. Our goal must be to build a world where every birth brings joy and hope for the future,” Gates said.

Gates said that the money will be used to support local efforts toward a comprehensive approach to health that will include family planning, prenatal care, nutrition and improving the conditions under which women give birth.

“Every year, millions of newborns die within a matter of days or weeks, and hundreds of thousands of women die in childbirth,” said Gates. “The death toll is so huge, and has persisted for so long, it’s easy to think we’re powerless to do much about it. The truth is, we can prevent most of these deaths – and at a stunningly low cost – if we take action now.”

Gates said, “Most maternal and newborn deaths can be prevented with existing, low-cost solutions – such as basic prenatal care, or educating mothers about the importance of keeping babies warm,” said Gates. “Countries that have made women’s and children’s health a priority – and have invested in proven solutions – are achieving amazing results.”

Researchers at the Institute for Health Metrics and Evaluation at the University of Washington say that maternal mortality has fallen more than 35 percent since 1980, from more than 500,000 maternal deaths to about 343,000 in 2008, according to a press release from the Gates foundation.

Deaths among children younger than 5 are also down dramatically. About 7.7 million children are expected to die this year, down from 11.9 million in 1990, and 16 million in 1970, the release stated.

The Bill & Melinda Gates Foundation, one of the world's largest philanthropic entities, is a "family foundation driven by the interests and passions of the Gates family," according to its stated principles. The foundation seeks to impact a number of major global issues, including health and education.