Yipes! That was a long hiatus! So sorry. Hope not to do that again.

I am back on Birth Story with huge new respect for teachers, after serving winter quarter as an undergraduate lab instructor at Northwestern University's Medill School of Journalism. What teachers do in the classroom, I discovered, is the tip of the iceberg of the job.

I am back. Yes! So back to our topic, sort of. Well, a tangent, actually.

Nearly every time I Google "birth news" looking for, you know, something to blog about — my topic is birth — I come up with some permutation on the "birther" flap calling for President Obama to produce (on a daily basis, as far as I can tell) his birth certificate. Otherwise, critics will assume he was born in Kenya, his father's country of origin. 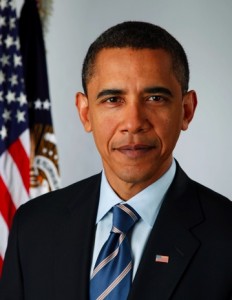 Donald Trump and Whoopi Goldberg got into a dustup on "The View" last week about Obama's alleged reluctance to produce his birth certificate. (Just Google "birth news.")

The next day, "The View" ladies showed what they said was a copy of Obama's birth certificate.

Ben Smith at Politico wrote yesterday that the document Trump claimed was his own birth certificate, produced to needle the President, is not in fact Trump's official birth certificate. (But then Trump did come up with the right one.)

All of which just tells you that you can't go wrong, publicity-wise, getting a corner of this issue, or non-issue, as the case may be. Maybe I'll get a lot more hits today than I do ordinarily, writing about boring old childbirth.

The House version of the Arizona bill calls for evidence that that baby dropped onto U.S. soil, while the Senate version of the bill includes a definition of a "natural" U.S. birth as one to individuals who were U.S. citizens at the time.

I think both those elements have to be there, actually. That is, proof of either of those things ought to be enough, and I think maybe we need some laws to clarify that.

Even though some people go to great lengths to manipulate the law to convey U.S. citizenship to their infants like, allegedly, the Chinese women Jennifer Medina writes about in the New York Times today, it is important for anyone born in the United States to be an "automatic" citizen. Anything else is a total repudiation of what the United States has been, and stood for, for more than two centuries.

At the same time, we live in a small world. Pregnant U.S. citizens travel all the time for work and pleasure, and probably some other reasons, too, and they shouldn't be terrified about losing their children's full rights of citizenship if they happen to be abroad when their water breaks.

The Administration and numerous officials of the state of Hawaii, where Obama was by all accounts born on Aug. 4, 1961, have repeatedly confirmed the President's birth to a U.S. citizen on U.S. soil. Two for two. (So that's settled, right?)

And whatever you think of Barack Obama, he is a stellar example of the promise the United States has made to its residents, going even beyond its citizens — that if you work hard, the sky is the limit on what you can achieve.

Well, that's my two cents for today. It's nice to be back, although like teaching, blogging is a whole lot more time-consuming than I thought it would be before I actually tried it.