Birth Story could hardly ignore the debut of a new PBS series called Call the Midwife, an import from England. I watched the first episode last night, and I expect I'll be a regular viewer.

I didn't love the first episode of Call the Midwife, though. I thought it romanticized birth on the low end of the social order in London in 1957, even though it begins with two women fighting on a street in the tough East End.

This episode of "Call the Midwife" features a woman who had 25 children, and that made me wonder what the record is for offspring from one woman.

The wife of Feodor Vassilyev (1707–c.1782), a peasant from Shuya, Russia (they didn't even keep track of her name!) had 27 "confinements," in which she gave birth to 16 pairs of twins, seven sets of triplets and four sets of quadruplets.

The science writer Douglas Starr has made something of a specialty of blood.

His book, Blood: The Epic History of Medicine and Commerce, and the PBS documentary series it inspired, Red Gold, cover the waterfront on this vital component of life, and our relationship to it.

The PBS website has a great discussion guide that sums up the topic impressively, and includes a timeline of important developments in our evolving relationship with blood. 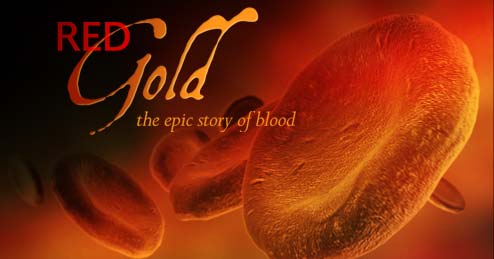 Even before we understood its function, humans invested blood with value and meaning. As Starr writes in an essay in the guide:

Blood: It’s strange that this most familiar of substances has always been so laden with feeling, so heavily freighted with mystery and symbolism. Consider the vocabulary: blood of our fathers; blood of Christ; the nation’s blood; lifeblood; blood brothers, blood sacrament, blood libel.…The history of blood involves not only medicine, but also culture and religion. It is a story of change — how a mysterious liquid became a global commodity and reflected the soul of each society that used it.