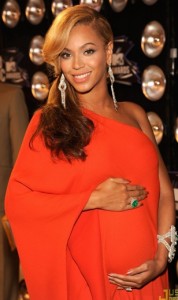 My daughter Nora lives in Los Angeles, Cal., so I am aware that Angelenos are so dreading the shutdown of 10 miles of the I-405 expressway there for road work this weekend they have dubbed the event "Carmageddon."

Nora is going to walk or take buses as much as she can this weekend, and being from Chicago, she is comfortable with those activities. But many Angelenos are famously more car-bound than she is.

Crosstown airline flights between the suburbs of Long Beach and Burbank are sold out this weekend and the police department is asking celebrities to urge their Twitter followers to avoid the expressway and, indeed, to drive in the city as little as possible.

But Jenny Benjamin, writing in The Stir today, brings up an interesting and, to her and other expectant moms, urgent point: What happens if your baby decides to be born in L.A. this weekend?

Pregnant with twins, less than two weeks shy of her due date, a 30-minute drive away ("without traffic") from the hospital she carefully chose for its neonatal intensive care unit, Benjamin considers the possibility of an early labor and aks, "For the love of all things good and holy, what am I going to do?!?!"

Will her husband wind up delivering the twins (one of whom is in a transverse position) on the side of the road? Should she call an ambulance? "Ambulances aren't hovercrafts -- they're going to get stuck in the same traffic!" Benjamin notes.

Her doctor lives close to the hospital. "Good to know at least one of us will be able to get there," she writes.

"Aargh, it's times like this that I really wish that Segways had caught on!" Benjamin frets.

The best solution, she notes, is not to have the babies this weekend. "I have about as much control over that as I do the traffic," Benjamin writes. "Maybe I should see how much my husband knows about home birthing."