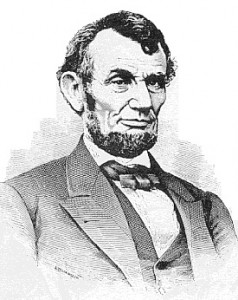 Birth is the most common reason for a person to be hospitalized in the United States, a major point of intersection for a healthy population with the health-care system.

But while birth may be common, it isn't cheap. The average cost of maternity care in the United States in 2004 was $8,800, according to a report by the March of Dimes, and that figure can take off for the stratosphere — into the tens and even hundreds of thousands of dollars — in the event of complications.

With the national mid-term elections just a few weeks away, many politicians are drumming up votes by weighing in on the health-care reform legislation Congress passed earlier this year, and on government programs that subsidize health-care services like maternity care for low-income people.

Rand Paul, an ophthamologist who is the Republican candidate for the Senate in Kentucky, remarked last week that half the state's 57,000 yearly births are paid for by Medicaid. “Half of the people in Kentucky are not poor. We’ve made it too easy,” Paul said.

You could say Paul is right. A woman doesn't have to be officially poor in Kentucky to have her baby's birth paid for by Medicaid.  Kentucky allows Medicaid coverage for a woman whose income is 185 percent of the official federal poverty level of $18,310 for a family of three. That is, her family of three can make just under $34,000 and still qualify.

But remember, the average birth experience will cost her almost $9,000.

The March of Dimes analysis found that consumer costs for a birth averaged just under $500, but that pre-supposes that the mother has health insurance that covers childbirth and maternity care.

Analysts for The Guttmacher Institute, which concerns itself with sexual and reproductive health both in the United States and globally, working with recent figures from the U.S. Census Bureau, figure that 2.3 million women of reproductive age lost health insurance in the year between 2008 and 2009 alone.

The National Women's Law Center has found that individual insurance plans, which are exempt from the Pregnancy Discrimination Act of 1978, tend not to offer maternity care. The NWLC found that just 12 percent of the plans it examined offered maternity care, and that the provisions they offered were often limited.

"That’s why having insurance coverage is so critical. Employer-based group plans usually have good maternity care coverage, but most low-income women don’t get insurance through the workplace," the Guttmacher Institute states on its website today.

So looked at from that aspect, Paul is wrong. We're not making things too easy at all. The way thing are set up now, we're making it too hard for women to obtain coverage for maternity care.

Mary Breckinridge, a daughter of a prominent Kentucky family that included John C. Breckinridge, James Buchanan’s vice president, suffered the loss of both her children before they reached the age of 5. Instead of allowing these tragedies to ruin her life, she channeled her energy into a passionate campaign to improve the health of the children of Appalachia. 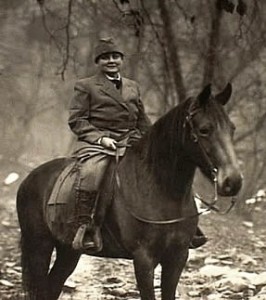 To Breckinridge, a healthy child required a safe birth, a living mother and a healthy family. Making childbirth safe was a primary goal when, in 1925, she founded the Frontier Nursing Service in Leslie County, Ky. The previous year, Breckinridge, 43 and already a nurse, had traveled to England to learn midwifery because she could find no adequate course in the United States. She continued to send FNS nurses to England until the outbreak of World War II.

The FNS deployed the first nurse-midwives to practice in the United States. Breckinridge had encountered nurse-midwives in Europe, and thought that the model was well suited not only for delivering babies but also for providing prenatal care and for assessing and helping to plan for the health needs of the whole family and, indeed, the whole community.

FNS nurses traveled by horseback to attend home births; high-risk patients went to the FNS hospital in Hyden, Ky. Clinics in the community served an average of 250 families. The FNS maternal mortality rate for its first 30 years was about one quarter of the rate for the United States as a whole.

Breckinridge died in 1965. The Frontier Nursing Service, based in Wendover, Ky., is still active, as its midwifery school, which was added in 1939.