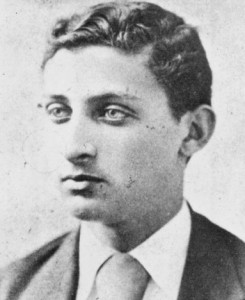 After Simon Flexner dropped out of the sixth grade in Louisville, Ky., in the 1870s, his father, Morris, arranged a tour for him of the town jail, warning that if he didn't straighten out, that was where he would wind up.

But after Simon, the fourth of nine children, nearly died of typhoid fever at the age of 16, he found his passion — infectious diseases. 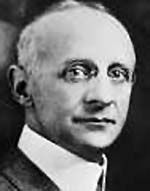 Flexner went to work as an apprentice in his brother Jacob's pharmacy, where he learned to use a microscope. Doctors he knew from the store gave him tissue samples for his self-directed studies in histology, the study of microscopic structures in tissues, and pathology.

At 26, he earned his medical degree from the two-year program at the University of Louisville. His younger brother Abraham, a recent graduate of  Johns Hopkins University, arranged for Simon to study pathology there under William Henry Welch, who was helping to bring the scientific method to American medicine.

Flexner became a microbe hunter extraordinaire, helping to suss out the causes of meningitis among Maryland coal miners, bubonic plague in San Francisco's Chinatown, and a common dysentery that is now known as Flexner's bacillus. He also played a critical role in the conquest of polio.

In 1902, Flexner became the head of the new Rockefeller Institute for Medical Research, and this is where the birth story intersects his own. Flexner assembled an amazing team of scientists that included Alexis Carrel, Peyton Rous and Karl Langsteiner who, among other achievements, brought blood transfusion to reality.