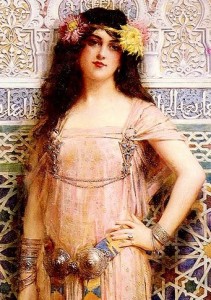 Fewer than 4 percent of births in the United States occur at facilities that are considered "baby friendly," according to the latest Breast-feeding Report Card, issued this week by the Centers for Disease Control and Prevention.

That's interesting, in light of the fact that birth is the one point at which the nation's breast-feeding practices actually meet the goals set by Healthy People 2010.

And, it raises some questions: Are American women determined to breast-feed even in the teeth of an unsupportive environment? Or does strong support from the hospital not matter much in their decision? Do problems caused by settings where breast-feeding is not actively promoted only show up later?

Or are environments that come after the birth facility, including families, other medical advisers, child-care centers and workplaces, even less sympathetic to breast-feeding?

Only two hospitals in Illinois, my home state, are among the 99 "baby friendly" facilities recognized by the Baby-Friendly Hospital Initiative as providing "an optimal level of care for infant feeding." These are Pekin Hospital in Pekin and St. John's Hospital in Springfield.

Thirty of the hospitals on the list are in California.

"Although the hospital is not and should not be the only place a mother receives support for breastfeeding, hospitals provide a unique and critical link between the breastfeeding support provided prior to and after delivery," the BFHI's website states.

The BFHI is a joint global effort of the World Health Organization and the United Nations Children's Fund (UNICEF).

Three-fourths of American babies start life on the breast, but moms are giving up on breast-feeding sooner than officials would like to see.

"We need to direct even more effort toward making sure mothers have the support they need in hospitals, workplaces and communities to continue breastfeeding beyond the first few days of life, so they can make it to those six- and 12-month marks," said William Dietz, M.D., Ph.D., director of Nutrition, Physical Activity, and Obesity for the Centers for Disease Control and Prevention in Atlanta, Ga.

The CDC issues an annual report card of how "key community settings" like hospitals and child-care centers are supporting breast-feeding, which research has demonstrated can improve an individual's lifetime health outlook.

While the overall news is good for moms' getting a start on breast-feeding at birth, the swing among the various states ranges from 90 percent in Utah to to 53 percent in Mississipi.