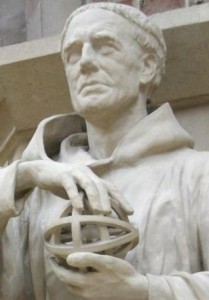 "Women have long delivered for society, and, slowly, society is at last delivering for women. This is a moment to celebrate—and accelerate," The Lancet editor-in-chief Richard Horton wrote in a commentary that accompanied the publication of a new survey on global maternal mortality the British journal published on Monday.

Four factors associated with maternal mortality are moving in a good direction in many areas of the world, according to the study published this week, which was discussed in the previous post here on Birth Story.

First, the global total fertility rate (TFR), which reflects births per woman, has come down considerably, from 3.7 children in 1980, to 2.6 in 2008. That is a good thing, as the TFR is closely associated with maternal mortality.

Secondly, per capita income is also up, especially in Asia and Latin America. When families have more money, women get more nourishing food, and are more likely to get access to medical care.

Women are also more likely to get some education than they were 30 years ago, which bodes well for a society in which mothers can give birth in a safe environment. Women 25 to 44 years of age in sub-Saharan Africa had 1.5 years of school in 1980, but now have 4.4 years of school on average.