It appears that societies around the world are working to improve the survival rate for mothers in birth after all -- and that their efforts are working.

Even as I was tapping out Monday's post, The Lancet was publishing a new study online that shows that maternal mortality has actually been dropping dramatically in many countries.

"The overall message, for the first time in a generation, is one of persistent and welcome progress," Lancet editor-in-chief Richard Horton wrote in a commentary that accompanied the study.

The number of maternal deaths per year worldwide has been tallied at 500,000+ in 2005, based on United Nations survey published in 2007. However, the new study, which was conducted by researchers at the University of Washington and the University of Queensland in Brisbane, Australia, and funded by the Bill and Melinda Gates Foundation, shows deaths to have fallen from 526,300 in 1980 to 342 ,900 in 2008. That's good news.

Not only that, but taking out deaths from HIV/AIDS, which has emerged as a major factor in global maternal mortality, the figure would have been 281,500 in 2008.

More than half of maternal deaths are concentrated in six countries-- India, Nigeria, Pakistan, Ethiopia, the Democratic Republic of Congo, and Afghanistan, which has the highest maternal mortality rate in the world, this survey states. (Italy has the lowest rate, according to this report.)

The United States, Canada, Denmark and Norway are among the prosperous nations that are experiencing increases in maternal mortality (less than 1 percent for the U.S.). More comprehensive reporting could account for the increase, the researchers noted.

Not everyone is excited by the new survey's findings, Horton wrote in his commentary.

"Even before the paper ... was submitted to us, we were invited to “delay” or “hold” publication," by some members of  what Horton calls the "global health community" who fret that the relatively rosy picture the new study paints will lead to a flagging interest in working to make birth safer around the world.

Horton dismisses those worries, but expresses concern that the figures in the new report are so different from those in the 2007 UN survey.

"A process needs to be put in place urgently to discuss these figures, their implications, and the actions, global and in country, that should follow," he writes.

So it appears that MDG5, the Millennium Development Goal that has to do with improving birth safety for moms is, after all, alive and well.

"This new evidence suggests there is a much greater reason for optimism than has been generally perceived, and that substantial decreases in the (maternal mortality rate) are possible over a fairly short time," the report states. 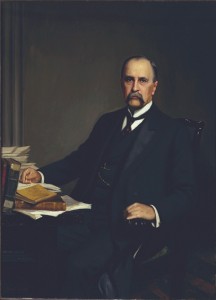 Who was the first baby to greet the world in 2010? Little Gulrose Abdullah, born to Zahra and Mehboob Abdullah right at midnight on Friday at the MetroHealth Medical Center in Cleveland, Ohio, is certainly a contender for the U.S. title.

In Toronto, Canada, Eva Violante was born to mom Christiane Hachey and dad Alexis Violante at 12:00:01 a.m. at St. Michael's Hospital -- that's one second after midnight.

And let's face it, many more babies were born in the early minutes of the first day of the new decade, perhaps somewhere where no one was paying much attention to the time. Welcome to the world, little ones! May it always be kind to you.