Here perhaps is one clue to the conundrum of why maternal mortality in the United States is relatively high for an industrialized nation, 12.7 deaths per 100,000 births in 2007: Two thirds of the women who died giving birth in New York State between 2003 to 2005 were obese, the New York Times reported on Sunday. The Safe Motherhood Initiative provided the figure.

Not only that, but very obese women, defined as having a body mass index (BMI) of 35 or higher, are three to four times more likely to experience a Caesarean section with their first baby than other as first-time mothers are, Anemona Hartocollis reports in the NYT story.

Obesity is not only hard on mothers, but it may also pose problems for their infants. Babies born to obese women are almost three times as likely to die within their first month of life than those born to women with BMIs within the normal range. Obese women are also nearly twice as likely to have a stillborn baby, Hartocollis reports.

About one in five women are obese when they become pregnant, according to data from the Centers for Disease Control in Atlanta, Ga. Obesity is gauged by a BMI of at least 30. A woman who stands five-foot-seven inches tall and weighs about 195 pounds has a BMI of 30.

Taffy Brodesser-Akner's first-person piece in the Los Angeles Times today about her impending birth is a candid, affecting counterpoint to a symposium the National Institutes of Health held last month in Washington, D.C.

With her first baby, born 2 1/2 years ago, Brodesser-Akner endured an emergency Caesarean section after 29 hours of labor, she writes. The experience left her traumatized. Now in the early weeks of her third trimester, waiting to deliver her second child, she is hoping for a vaginal birth after Caesarean, or VBAC.

The VBAC has been the subject of a lot of discussion lately. The NIH held a three-day conference on the topic that encouraged supporters of the VBAC -- and there are many -- by recommending that the VBAC be a more readily available option than it has been in the past.

In her essay, Brodesser-Akner writes, "I agree that women should have the right to try for a VBAC; I'm just not sure if they should try for one. Rather, I'm not sure if I should."

Of women who want a VBAC in a particular pregnancy, she writes, "the more honest and maybe the more uncomfortable way to say it, is that they want to give it a shot. They want a TOLAC, a trial of labor after a C-section."

Only 60 to 80 percent of women who attempt a VBAC actually get to have that vaginal delivery, Brodesser-Akner writes; the remaining women wind up getting another C-section. And perhaps 1 percent will have a uterine rupture (with a previous low transverse uterine incision, the most favorable for a VBAC; other types of incisions carry more risk), which can threaten the lives of both mother and child.

"When a uterus ruptures...things go wrong fast — and they go wrong big," she writes, adding that a high-risk obstetrician told her that one-quarter of those ruptures end in hysterectomies, brain damage and/or the baby's death.

Brodesser-Akner is right. Every pregnancy is different, and I can assure you from experience that when you find yourself living out that small, shocking statistic, it is 100 percent real. And I am one of the lucky ones.

But why couldn't she be in that 60 to 80 percent of women who have the "normal" birth experience she says she desires? And if she births in a hospital with capable OB/GYNs who perform a good number of Caesareans -- and 24-hour anesthesiology coverage -- she should have the backup she requires in case of an emergency. That shouldn't be hard to find in Los Angeles.

Any birth can take a turn toward the worst-case scenario, and it's impossible to fully predict which ones actually will do so. It is probably all too easy for a woman who had a wretched experience during her last birth to imagine all the things that could go wrong.

But the numbers are with mothers in general; that is, the odds are in their favor. The fact that the pendulum might be swinging back toward a trial of labor in some challenging situations is, I think, a good thing. And I am by no means alone.

I would tell Brodesser-Akner what I tell my own daughters, not only about childbirth but about life in general: Don't let your fears rule your life. Don't be foolhardy, but don't think the cosmos is out to get you, either. I know it's a cliche, but it's true: The most dangerous thing many of us will ever do is ride around in  cars (or worse yet, on bikes), and nobody seems to spend much time worrying about that.

Whatever she decides, I hope Brodesser-Akner has a beautiful birth story to tell this time. It should be one of the best days of her life.

Let's interrupt our Women's History Month programming to consider the news. The National Institutes of Health today begins a three-day session on vaginal birth after Caesarean, a hot topic, given that this practice, which was commonplace 15 years ago, has become scarce in the United States, at the same time that the Caesarean section accounts for nearly one-third of American births.

The VBAC has some passionate champions. While it isn't for everyone, it can work for many mothers, enabling them to avoid major surgery, and perhaps also to enjoy birth as they have always imagined it. The VBAC's decline has attended a steady rise in reliance on the Caesarean section, in part because the VBAC does carry a risk of rupture to the uterus, which can be life-threatening.

So it will be exciting to see what comes out of this conference, which aims to bring the best research available to bear on determining the safety and efficacy of the practice.

The VBAC is also one subject of an article by Denise Grady in the New York Times on Sunday, about a hospital in Tuba City, Ariz., where 32 percent of women who previously had Caesarean sections delivered vaginally, compared with a national average of less than 10 percent.

The rate of Caesarean births at the Tuba City Regional Health Care Corp., where about 500 babies are born a year, is 13.5 percent, less than half the national rate of 31.8 percent. The hospital is run by the Navajo Nation and is partially funded by the Indian Health Service, and it largely serves a Native American population.

What I love about Grady's account is how well this small, poor hospital appears to be doing in addressing one of the major tensions in the modern birth story -- how to keep the blissful experience of childbirth from being swamped by the technology that has been developed to keep it safe. 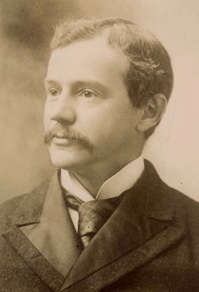 Robert Felkin, a British physician and missionary, reported witnessing a Caesarean section performed by an indigenous healer in Kahura, Uganda, in 1879 that featured antisepsis, anesthesia, cauterizing and sutures.

The woman had been given banana wine, and had been secured to a table with bark cloth at her chest and thighs. A couple of men held her waist and ankles. The practitioner cleaned his hands and the woman's belly with banana wine and water, and then he made one quick, vertical incision through the skin, and a second through the uterus.

An assistant cauterized the wound when it bled with a red-hot iron. The baby was lifted out and the placenta removed. The woman was rolled over so the fluid could drain out of her abdomen, and then the abdominal wall, but not the uterus, was sutured with bark cloth and sharp skewers. A paste made of chewed roots was slathered over the incision and covered with a banana leaf and a cloth bandage.

The skewers were removed after a week. The wound had healed by the time Dr. Felkin left 11 days later, and mother and baby, who mostly had been nursed by a friend, were doing fine, he reported.