The focus this year during January, National Birth Defects Prevention Month, is on the judicious use of medicines before, during and after pregnancy.

That goes for prescription and over-the counter drugs, as well as herbal remedies and dietary supplements.

Perhaps two-thirds of women use some kind of medication during pregnancy, according to the Centers of Disease Control and Prevention in Atlanta, Ga. Yet many of the effects of these drugs are poorly understood.

Pregnant women are often excluded from drug trials because of concerns for their unborn babies. As a result, we often know little about how drugs will affect fetuses.

Birth defects affect about 3 percent of babies born in the United States and cause more than 20 percent of infant deaths, according to the CDC. 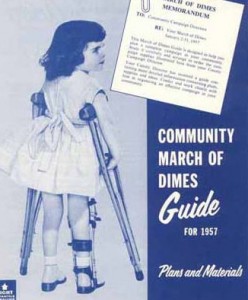 Every pregnancy begins with a 3 percent chance that the resulting baby will have birth defects, and that is before individual genetic and environmental histories come into play. Some birth defects cannot be prevented or fixed. Medicine cannot work miracles.

That's the message in "The perils of the imperfect expectation of the perfect baby," an article in this month's American Journal of Obstetrics and Gynecology. Prospective parents need to understand that "perfection in pregnancy is not attainable now or even in the foreseeable future," according to the article's authors.

Doctors too can get drawn into "expecting more from medicine than its limited diagnostic and therapeutic capacities justify," say the article's authors, led by Frank A. Chervenak MD. Not only that, but "many pregnant patients are optimistic about the advances in medicine and are confident that their physicians will solve all problems that could occur with their pregnancy."

The expectation that a perfect baby can eventually be taken away from every pregnancy "assumes powers of medicine to control human reproduction that medicine does not possess," the article states. 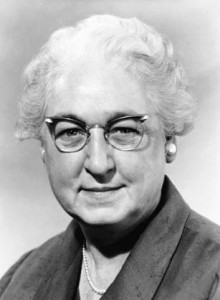 Having a baby with a birth defect could get you killed in colonial America, and attending such a birth as a midwife was also perilous.

Anne Hutchinson, the subject of the previous post, was already in serious trouble in Puritan Boston for her unorthodox ideas when she was summoned along with another midwife, Jane Hawkins, to the childbed of her friend, Mary Dyer, who had remained loyal to Anne. On that day in October of 1637, Mary bore a deformed, stillborn baby girl.

The birth of a "monster," as such a child was called in colonial America, was seen as a sign of God's disfavor, at the very least. The charge that the mother and her attendants had been consorting with the devil was always possible, and the penalty for witchcraft could be death.

Anne asked her old minister for help -- John Cotton, who had sided with the religious authorities against her. Summoning some of his old friendship for her, he advised the secret burial of the dead infant.

However, in March of 1638, when Anne was excommunicated and sent from the congregation, Mary got up and followed her. Someone at the emotional scene, perhaps a fourth woman who had been present at the birth, cried out that Mary had borne a monster. Governor John Winthrop's interest was piqued.

Winthrop interrogated Cotton, who confessed his role in covering up the birth. Winthrop had the child exhumed.

In his journal, the governor reported that the dead infant had, among other features, "four horns, hard and sharp," two mouths, and three claws per foot where her toes should have been.

The birth was, Winthrop declared, evidence of  "the Lord declaring his detestation of their monstrous errors." By this time, however, Anne and her followers, including the Dyers, were safe in Rhode Island.

In 1660, long after Anne's death, Mary Dyer was hanged on Boston Common for the crime of having become a Quaker. She had come back from Rhode Island knowing she would likely be executed, to strike a blow for religious freedom.