As a followup to the post on the debate over the prudence of Major League Baseball's paternity leave list, I thought I would post a portion of Steve Lombardi's April 27, 2009, interview on WasWatching.com with New York Times sportswriter Tyler Kepner, who covers the New York Yankees.

In his recent story on the new paternity leave list, Kepner called it "baseball’s latest common-sense roster rule," in contrast to some other sportswriters who wrote that they thought ball players should show up for games even if it means they miss the birth of one of their children.

In Lombardi's Q & A interview, Kepner talked about his own experience of being a father of four on the one hand, and on the other hand holding down a job that rivals long-distance trucker for time spent away from home.

WW: How do you manage being the father of four young children while also being a beat writer covering the Yankees? What are the biggest challenges on both sides of that fence for you as you try to manage a work-life balance that fits your needs?

Tyler Kepner: That’s been the essential question of my life for the last 10 years. But this much is obvious: it would be impossible to keep any kind of balance without a supportive and patient wife and a fair and understanding boss. I am very lucky to have both.

All of my editors at the Times have treated me wonderfully, allowing me to build some flexibility into my schedule so I don’t miss too many family things.

Over my 10 years on the beat at the Times (2 with the Mets and now 8 with the Yankees), I can remember missing a series in Seattle for a birthday, the All-Star Home Run Derby for another birthday, the last game of a series at Tampa Bay for a school play, a series in Baltimore for a dance recital, a series at Minnesota for a wedding, and so on.

I still end up covering probably 75 road games a year, but having a boss who understands that you have a life outside your job is just so crucial. It takes away the burnout factor, which is a very real risk but has never been an issue.

By knowing the editors respect my personal life, I can give everything I have to the job on the days I work.

And on the days I’m off, I don’t do any work at all. Most of the time, I don’t even watch the game.

I would say Kepner's insights apply to ball players as well, even to the best ones, who might hold a game's outcome in their hands.

People aren't machines, and that includes elite athletes. They need to have balance in their lives just in order to perform well on the job. They, their employers, spouses and families, are the best judges of what that balance requires. 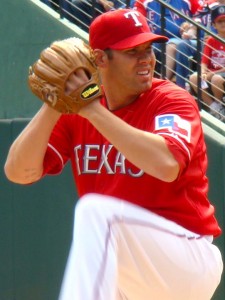