The family of David A. Sinclair MD, the late Honolulu obstetrician who delivered Barack Obama on August 4, 1961, were surprised and honored to learn of his role when the President recently released his long-form birth certificate. 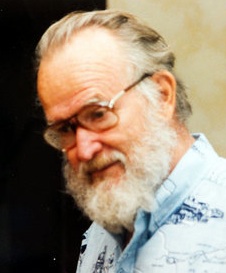 Dr. Sinclair was a freshly minted young doctor in 1961. Born in Portland, Ore., Dr. Sinclair had moved to Hawaii with his family as a child. He served as a fighter pilot in World War II, settling back down in Hawaii after the war. There, he attended college at the University of Hawaii, where he met his wife, Ivalee.

Dr. Sinclair received his medical training, including his residency in obstetrics and gynecology, at the University of California at San Francisco. He returned to Hawaii in 1960.

He delivered babies all over Hawaii, but his practice was centered at a hospital now known as Kapi'olani Medical Center for Women & Children in Honolulu, where President Obama was born, according to news accounts.

"I think it's great," said Dr. Brian Sinclair, another son. "Hawaii was a very small place back then so I guess I'm not surprised."