It isn't that childbirth is more inherently dangerous in countries where many women die in childbirth than in those where relatively few die. The women who survive, statistically speaking, are getting appropriate help from trained attendants.

"...The main complications that lead to death during pregnancy or childbirth are fairly common among all women, regardless of where they live," write the authors of an article titled "Are We Making Progress in Maternal Mortality?" in the May 26 issue of the New England Journal of Medicine.

Hemorrhage, which most often occurs right after birth, is the leading cause of pregnancy-related deaths globally, accounting for 35 percent of all deaths in childbirth, according to the World Health Organization. And in fact, hemorrhage was the second most common complication seen in pregnancies in the United States in 2000.

However, most U.S. women who suffered hemorrhage were treated quickly, and survived, say the article's authors, Anne Paxton and Tessa Wardlaw.

WHO identified the second most common cause of maternal death as hypertensive disorders — pre-eclampsia/eclampsia, for example. Again, these disorders are a common problem all over the world, but women with access to good medical care have a good chance of surviving them.

The countries that are most dangerous for pregnant women are those suffering through wars, or burdened with a large population with HIV/AIDS, the authors write.

In general, poor women die in childbirth more often than affluent ones, rural women more often than urban ones. These populations are more vulnerable because they often deliver their babies without the benefit of skilled birth attendants, and lack access to obstetrical services like surgery by Cesarean section.

Sub-Saharan Africa, with widespread political unrest and HIV/AIDS infection, "has the greatest burden of maternal mortality," even though most countries there are seeing "small but promising" decreases in pregnancy-related deaths.

Worldwide, there is considerable cause for hope, Paxton and Wardlaw write. Maternal mortality has decreased globally by more than one-third since 1990, according to United Nations estimates.

"Dramatic improvements in China and other Asian countries...are associated with economic improvement, decreasing fertility rates and strengthening of health systems...," the authors write.

"The overall rate of decline in global maternal mortality, 2.3 percent, is lower than the 5.5 percent MDG target but is heartening nonetheless," they write.

It was 41 degrees Fahrenheit when we got up this morning here in Chicago, but this weekend, the Memorial Day weekend, marks the unofficial beginning of summer in the United States.

Officially, it's still spring, though. Here is a poem by e. e. cummings that relates both to the season and to our topic here on Birth Story:

O sweet spontaneous
earth how often have
the
doting

thee
,has the naughty thumb
of science prodded
thy

Here's one Q & A exchange — the last one, in fact — from an interview Tara Parker-Pope, who writes the "Well" blog for the New York Times, conducted last year with Randi Hutter Epstein, physician, mother of four and author of the 2010 book on childbirth, Get Me Out: A History of Childbirth from the Garden of Eden to the Sperm Bank.

Q (TPP)  Should the care of women during childbirth be reserved for other women?

A (RHE)  I look at it as a doctor-patient relationship history, more than a man-woman kind of thing. When you hear women say, “I’d much rather give birth with a midwife than a doctor,’’ I think, “Why?” I love my ob-gyn. It’s sad people think you’ll have a nicer person if you avoid the medical system. That’s the feeling you get when you talk to women. I think if women had better relationships with their doctors, I think that would help. They would be more informed. They would believe the information their doctors tell them.

I agree with some of what Dr. Epstein is saying. I loved both my ob-gyns, too. I believe, though, that to choose a midwife for a birth attendant instead of a doctor is to opt for, or at least to attempt to have, a qualitatively different experience.

It isn't just a hope to deal with a nice person. It's embarking on a whole different journey.

What do you think? I would love to hear from you.

A study released this week on home birth in America shows a substantial increase in the still very small numbers of women who are choosing to have home births.

Non-Hispanic white women accounted for most of the growth, with an increase of 28 percent between 2004 and 2008. More than 1 percent of those women now have their births at home.

The study was based on United States birth-certificate data. 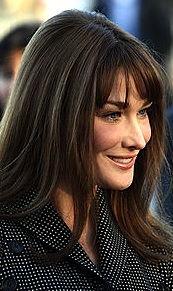